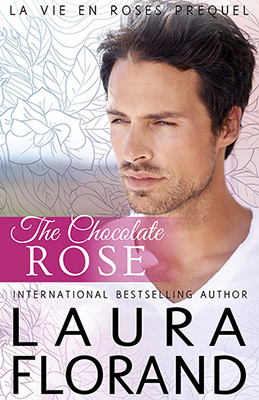 Yay! We have a new cover for THE CHOCOLATE ROSE!

And some of you will be happy to see that we are keeping the original title. Why? Well, we ran some marketing tests with various titles suggested. (Your jaw is dropping that I know how to run marketing tests, isn’t it? The things you have to learn just because you want to write books. Sigh. Where is that blasted ivory tower I’m supposed to be able to hide in while I weave my stories?)

Anyway, we ran the original title up against some personal favorites, such as Melt Into Me and Prince at Heart, and found that exactly 1% fewer people liked the title The Chocolate Rose. That did not seem sufficient grounds to confuse everyone for years about which book was which. So we are keeping the original title.

But I hope you like this new cover! (I will go ahead and tell you that the marketing tests showed a HUGE difference on the two covers. So with my humble apologies to everyone who prefers object covers…)

Also, an enormous THANK YOU to everyone who helped brainstorm titles! Since we ended up keeping the first one, we got random.org to pick the number of the commenter who gets the cup, and that person is…DALE! Which is kind of funny, because I had wanted to give Dale and Mercy two of the cups when we were able to meet up at RWA, but by then all the ones I had with me had gotten wiped out. (We seriously underestimated how many people would come to the signings and I started handing out cups in apology when the books ran out.)