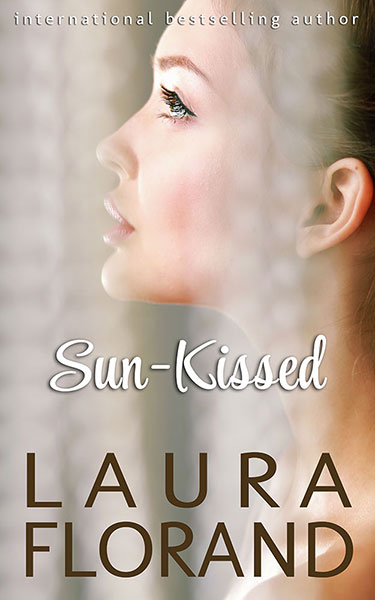 A novel of 200 pages. Sequel to Snow-Kissed as well as Book 7 in the Amour et Chocolat series.

They called her the Ice Queen.

Anne Winters. Self-made billionaire. Household name. Divorced single mom. Convicted felon. She didn’t let anyone or anything get to her. No one was allowed to breach the walls around her heart except for her own son. She had only one trusted friend: her vacation house neighbor. They’d been walking the beach together for twenty years. Not that this gave him access to her heart, of course…

They called him a man who got what he wanted.

Mack Corey. Self-made billionaire. Dominant world player. Widowed father of the bride. No felony convictions yet, although his daughters had come close. He’d transformed his family company into one of the top 500 by the age of thirty. He’d raised two daughters who dumped him for idiot arrogant French chocolatiers and went off to live in Paris. Hell, he even managed to tolerate his dad. But that Ice Queen act Anne Winters had going was really starting to get to him…

They’d been friends for twenty years. Could they become lovers?

Could a frozen heart be kissed by the sun?

“Pay attention to your daughters,” Anne told him. “Cade spent a lot of time on this slideshow.”

Mack turned his head as the first image flashed—Jaime as a newborn, so small he used to hold her in one hand, oh fuck. And then all grinning and chubby-cheeked and freckled and smeared with chocolate. There was one with Julie, helping her learn how to walk, Jaime’s little one-year-old round face just as proud as punch in herself, and Julie beaming, her red head bent to Jaime’s baby-pale red hair. His throat clogged. There were both his little girls, peeking out of some giant resin dinosaur egg in a museum, when they were, what, two and five? So freaking innocent, so sweet. The way they used to pile up on him in the morning. He used to get up extra early, try to sneak in some work so he could take his time over breakfast with them all, so he could get home a little early and not work again until after they went to bed. It had worked out—poorly, at that age. They seemed to have a radar for when he woke up, and no matter how early it was, five minutes later, there would be some head poking in through his office door—then the run, run across the still-dark office that kind of scared them, even though he had learned to keep nightlights along the hall, and the little body burying itself in his arms, snuggling up. Falling back to sleep just at that angle where he couldn’t actually use his arms and get any work done, but—he’d liked it too much to give it up.

More photos with Julie. There she was fixing Jaime’s hair. Holding the hands of both girls in their extra-fancy sparkly dresses as they tried to wear their mother’s heels.

Cade had tried to bring in, through photos, all those things Julie would have liked to do with her daughter at her wedding—fix hair, help with her pretty dress, smile proudly and tenderly as Jaime set off on her next phase in life.

Photos with him. Lots with him, lifting them up in the air, twirling them around, playing with them in the water. Christ, had he really looked that young when they were babies? He was just a kid himself, and already thinking he could run the world? Never lacked for nerve, had he?

A beautiful family photo, one of the many that decorated their house, he and Julie each with an arm around each other, the other arm cradling the girls into the shelter of their happy family.

A newspaper headline from that time Jaime had gotten arrested at a G-8 summit. God almighty, that girl had been a handful. Some photos of her on cocoa farms, a delicate photographic balancing act on Cade’s part, to honor that phase of her life without letting it lead them too close to another transformative event in Jaime’s life, one that Mack still couldn’t think about without his breath shortening, his body caving, as if fists were pounding his lungs. Without his own fists clenching and punching until they broke things.

He glanced at Dom, the big, rough, black-haired Parisian chocolatier his daughter had chosen for herself. Not exactly his dream son-in-law, but Mack had to give him credit—the man would take care of her. He would fight for her. Fight him for her, the bastard. Not that many men willing to fight him. Dom would do his damn best by her.

Another photo, just of Julie, a beautiful one where the sunlight fell on her face just right and her expression as she looked into the camera was so tender, so loving. Under it, Cade had captioned I am so proud of you.

Jaime bent her head and started to cry.

Mack took a step forward—but Dom’s hand was already there. Curving over the nape of her neck. Big and scarred and saying, It’s all right. Cry if you need to. I’m here.

Dom was there. Not Mack. She had somebody else to hug her now, when she needed it, whose hugs she would want more than her daddy’s.

The last slide came up, Jaime and Dom in their wedding clothes, Jaime’s head tilted up, Dom’s tilted down, the expression on their faces—

A hand took his arm, pulling him gently around.

“Damn.” He scrubbed the back of his hand across his eyes, breathing raggedly.

Anne kept tugging, guiding him away from the crowd out onto the veranda. It was a lovely night, but just for a moment the crowd was all inside, focused on the speeches and the first dance, which was about to start. He’d have to get back. He had to do the daddy-daughter dance.

Shit, and he’d been the man who once thought he was too tough to cry. Before his daughters and his wife pummeled all his emotions wide open. He scrubbed water off his face again, trying to calm his stupid ragged breathing.

“Sorry,” he told Anne, who probably never cried. She probably hadn’t even let herself cry the night before she went to prison. “Damn. It’s just that she’s—he’s—oh, damn, they’re all gone now. They’re not my little girls.”

Anne stroked the flower petals of his boutonnière, the one she had made for him, as if getting those petals to lie exactly right would fix everything. “They’re still your little girls,” she said quietly.

“They are to me,” he agreed, anguished. “But they’re not to anyone else. No one will ever, ever love them as much as I—” He broke off, sniffling like an idiot, turning his head to stare at the ocean across the dune.

“I know,” Anne said, sadness shifting across her face, so subtly he was probably the only man who would ever spot it. And it had taken him fifteen years of walks along the beach. Her only son was married, too, and Anne had never talked much about how close that marriage had come to a divorce, but for God’s sake, the two had lived apart for well over a year. Mack hadn’t seen Kai during that time, but Kurt had been a mess, like he was being oh-so-slowly stretched on a rack, inch by excruciating inch past bearing.

He pulled Anne into his arms, suddenly, knowing she wouldn’t like it, but just needing a shared hug, for a moment, with someone who really did understand.

And fuck, why hadn’t she ever talked to him about what was going on with Kurt and Kai? He’d thought that was what they were, the two people who could talk to each other when they could talk to no one else.

Her body went startled and stiff in his arms, which pissed him off somehow, and he snuggled it, teaching her body how well they fit. He’d had a wife and two girls, and he knew how well a hug fit. She relaxed so warily you’d think he’d been asking a snowman to sun-bathe, honest to God.

It’s not going to kill you, damn it. You’re not actually made of frozen water.

Snow Queen, they’d always called her in the press during that enraging criminal justice pursuit. Or Ice Queen. For the woman who compulsively collected houses and turned them into homes. Yeah, get a mass of people yapping at you and they were always idiots.

She stood very still in his arms, like she was pretty sure she was not the right puzzle piece for this spot.

Jesus, Anne. He leaned back against the railing, putting some stubbornness in this hug now, pulling her in tight. God, a hug felt good. Even a hug whose smaller half wasn’t quite sure it wanted to be part of it. He’d just been hugging Jaime before he walked her down the aisle only an hour or so ago, so it wasn’t as if he didn’t have hugs in his life, and yet a hug that wasn’t father-daughter but was, you know, man-woman…

Over Anne’s carefully layered cap of frost-blond hair, through the great windows, he saw Dom pull Jaime onto the dance floor, that big, rough, aggressive, utterly enamored son-of-a-bitch handling his daughter, pulling her in close, the strains of the slow dance reaching them on the veranda gently. Jaime laid her head against Dom’s tux with so much trust, as if she was letting herself completely go.

The way she used to lay her head against Mack’s chest when she was a little girl, and fuck you, Dom. Why do they grow up? How did I lose that?

His arms squeezed Anne harder, holding on to the only thing he could.

Gorgeous and brilliant and I loved everything about it. ...Laura Florand is so enormously talented that I'm beginning to run out of new ways to praise her!

Flawless, spot-on, evocative, and achingly sweet…. From that first chapter until the last word of the book, it irrevocably owned me, not letting go.

Phenomenal and emotional…a vibrant love story…full of love and passion…A romance with heart (that) tugs at heartstrings.

A must-read for all fans of Laura Florand, or any romance junkie out there. Her prose is gorgeous and always manages to touch me profoundly. Plus, they’re utterly HOT!! If you haven’t taken the opportunity to pick up one of her stories you are missing out. Seriously, do something about it!

A powerful love story…that steals your heart. (It) will be read again and again. This is a love story that should not be missed!

A gorgeous story…about family, forgiveness, perseverance and loyalty (that) touched my heart in a way that few books have ever done. It made me laugh, cry and cry some more - but happy tears in the end. I couldn't even read anything for several days. I wanted to stay right there with these characters a little longer.

Florand’s beautifully written story is packed with heat and passion.