Chachic sent me a photo from a friend who has taken The Chocolate Kiss to the Maldives, just to make me want to run away and join it. Philippe and Magalie on their honeymoon?

I hope you are all enjoying TRUST ME, meanwhile! 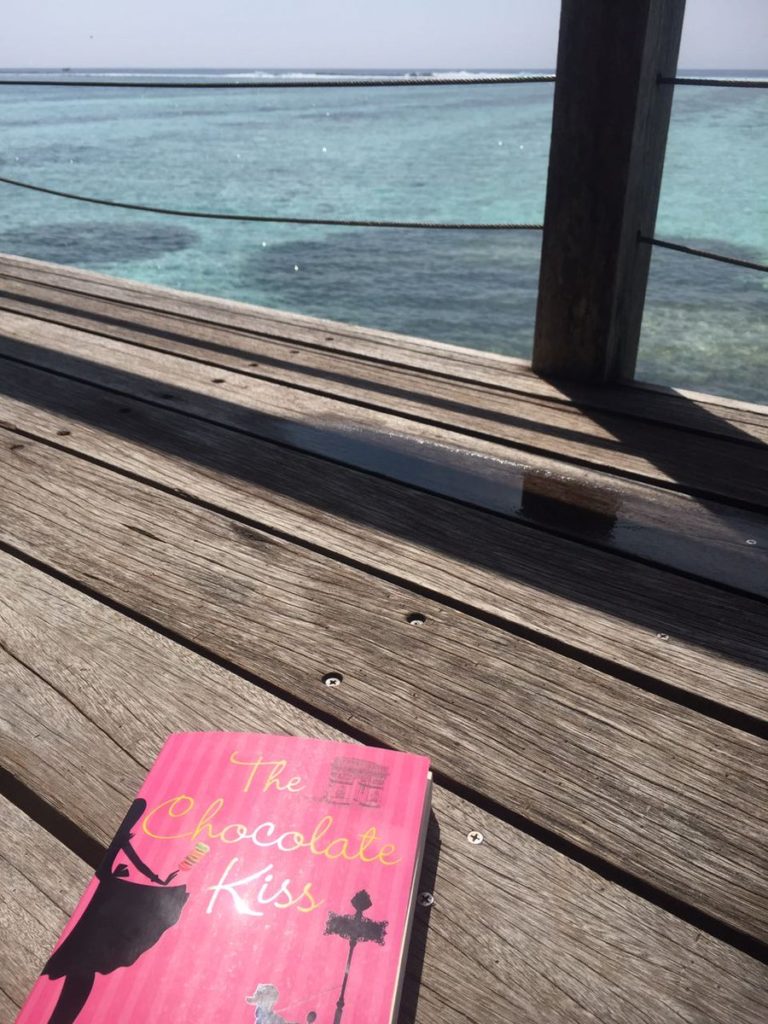