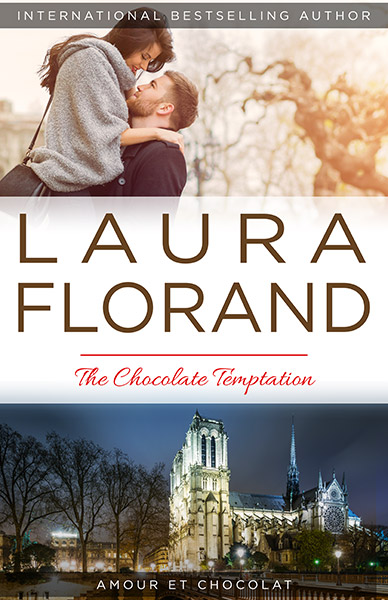 Patrick Chevalier. The charming, laid-back, golden second-in-command of the Paris pastry kitchen where Sarah worked as intern, who made everything she failed at seem so easy, and who could have every woman he winked at falling for him without even trying. She hated him, but she’d risked too much for this dream to give up on it and walk out just so he wouldn’t break her heart.

But he didn’t hate her.

Sarah Lin. Patrick’s serious, dark-haired American intern, who looked at him as if she could see right through him and wasn’t so impressed with what she saw. As her boss, he knew he should leave her alone. The same way he knew better than to risk his heart and gamble on love.

But he was never good at not going after what – or who – he wanted.

He could make magic out of sugar. But could he mold hate into love?

Tossing around dessert elements as if they were juggling balls he had picked up to idle away the time and, first try, had dozens flying around his body in multiple figure eights.

Sarah hated him with every minute painstaking movement with which she made sure a nut crumb lay exactly the way Chef Leroi wanted it on a financier. She hated him with every flex of tendons and muscles in her aching hands in the evening, all alone in her tiny Paris apartment at the approach to Montmartre, knowing someone else was probably letting him work the tension out of his own hands any way he wanted.

She hated him because she knew he probably didn’t even have any tension in his hands. That after fifteen or more brutal hours in one of the most mercilessly perfectionistic pastry kitchens in the world, he was still as relaxed as if he’d been sunning all day on a beach, occasionally catching a wave.

She hated him because five thousand times a day, his body brushed hers, his hand caught her shoulder or touched her back to guide their bodies around each other, in that constant dance of sixteen bodies in a space much too small for so many people working at blinding speeds. She hated him because every time his body controlled hers so easily, she felt all the lean, fluid muscles from his fingertips to his toes – and knew that however lazy he looked, those muscles knew tension.

She hated him because most times when he touched her he didn’t even notice, and once in a while, when he did, those vivid blue eyes laughed into hers or winked at her as if she was gobble-up delicious, and then he was gone, leaving her heart this messy, unthawed lump that had just tried to throw itself into his hands and ended up instead all gooey over her own shoes.

Fortunately black kitchen shoes were used to receiving a lot of gooey messes on them over the course of a day.

“Sarabelle,” he called laughingly, and she hated him for that, too. The way her ordinary, serious American name turned so exotic and caressing with those French Rs and dulcet Ahs, like a sigh of rich silk all over her skin. The way he added belle onto it, whenever it struck his fancy, as if that couldn’t break someone’s heart, to be convinced someone like him thought she was belle and then realize he thought everybody was belle. He probably called his dog belle, and his four-year-old niece belle when he ruffled her hair.

And they both probably looked up at him with helpless melting, too.

She hated him because she knew he couldn’t even have a dog, given his working hours, and that somehow her entire vision of Patrick Chevalier, which was all of him he let her have, could not possibly be true.

Everything romance readers could want: romance, passion, chocolate, exotic desserts, a Parisian setting, a vulnerable yet alpha hero and a heroine determined to find her true path...Sexy, heartwarming and unputdownable! If you haven’t read Laura Florand, you are missing out on something very special.

So much emotion simmering beneath the surface...breathtakingly hopeful...

— The Librarian Next Door

I can always rely on Laura Florand for a butterflies-in-my-stomach read...Just as I expected, a winner. Another one.

An exquisite romance. It sparkles and gleams with all the best aspects of the romance genre. The sensuality and emotionality combine to give the reader something that feels once in a lifetime in terms of reading love stories...You must hold on to this one...In my opinion, Laura Florand is among the best Romance writers publishing today. I haven’t read a book by her yet that I have not adored.

A delight to read and possibly my new favorite book in the series.

There's something about this series - the evocative prose, the over the top passionate characters and the drool worthy food descriptions - that sends me to my happy escapist reader place.

So, so lovely! The Amour et Chocolate series continues to bewitch and seduce me, and has become one of my all-time favorite adult romances series to date.

I want to give this book an infinite amount of stars...As real and emotional as it gets.