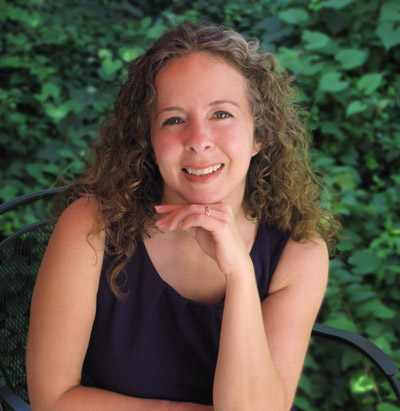 Laura Florand is the international bestselling author of the Amour et Chocolat series (The Chocolate Thief, The Chocolate Kiss, etc). Her books have appeared in ten languages, been nominated for Reviewers Choice Best Book of the Year, received the RT Seal of Excellence and starred reviews from Publishers Weekly, Library Journal, and Booklist, and been recommended by NPR, USA Today, and The Wall Street Journal, among others. NPR named The Chocolate Kiss one of the Top 100 Most Swoon-worthy Romances of all time.

Laura was born in a small town in Georgia, but the travel bug bit her early. After a Fulbright year in Tahiti, a semester in Spain, and backpacking in New Zealand and Greece, she ended up living in Paris, where she met and married her own handsome Frenchman. You can find out quite a bit more about those crazy adventures in her memoir, Blame It on Paris. She is now a lecturer in Romance Studies at Duke University. Contrary to popular opinion, that means she studies and teaches French language and culture, rather than romance. Fortunately, French culture includes French chocolate, research to which she is very dedicated. You can catch some glimpses of that research in the books, on her blog, and on her Facebook site, where you are welcome to join her and other readers!