in Blog
0 Comments
Winner of today’s chocolate cup is Betsy L! And more chances to win, just comment below or hop over to Facebook for more chances. (And of course, we still have that grand prize of chocolate at the end!)
Today I am featuring amazing author and friend Jennifer Lohmann, whose wonderful sense of place in this novella sinks us into an Idaho winter road trip and the sweet love story of a woman who risks it all on a stranger as she tries to escape to a better life.

YOU HAD ME AT CHRISTMAS anthology only $0.99! for a limited time only!

My question for the comments: Any good (or hilariously bad) road trip memories? 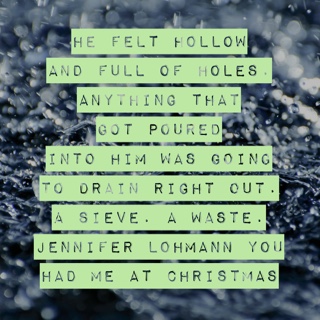 Excerpt from TWELVE KISSES UNTIL CHRISTMAS, by Jennifer Lohmann (copyright 2016).
When she returned from outside, Marc had scrunched up some clothes into a softer duffel and set it on one end of the bench seat. She climbed in, and for a few seconds, they stared alternately at each other and at the narrow space of the seat. Then he shrugged and scooted around until he was lying on his side, his back against the back of the seats and arms open for her to spoon with him.
Pushing down her competing hesitation and desire, she crawled next to him, fitting her butt against his crotch and her head so that his arm was under her neck. To seal the deal, she pulled the small blanket over them.
“Well.” His breath danced across the back of her neck as he whispered the word. His mouth must be right above her ear. Maybe if he pursed his lips and leaned a little forward, he could nibble on her ear.
She liked when men nibbled on her ear . . .
“This is tight, but it’s not too bad,” he said. “Think we can last the night?”
Between the awkward pillow and his arm, her neck was turned at a strange angle and she’d have the mother of all cricks in the morning. His legs were too long for the seat, and he’d compensated by draping one leg over her. She was completely cocooned in him.
Breathing deeply, she waited for the moment of panic to strike. The moment when she felt trapped, worried that he would take advantage of her, that she wouldn’t be able to escape or stop him.
But the moment never came. Her breath slowed without her even trying to force it. She wasn’t exactly comfortable, but she was warm and safe, which was more than she’d felt in months.
“This will be great,” she said, closing her eyes. “Good night. And thank you.” 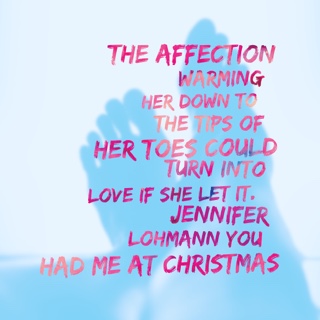